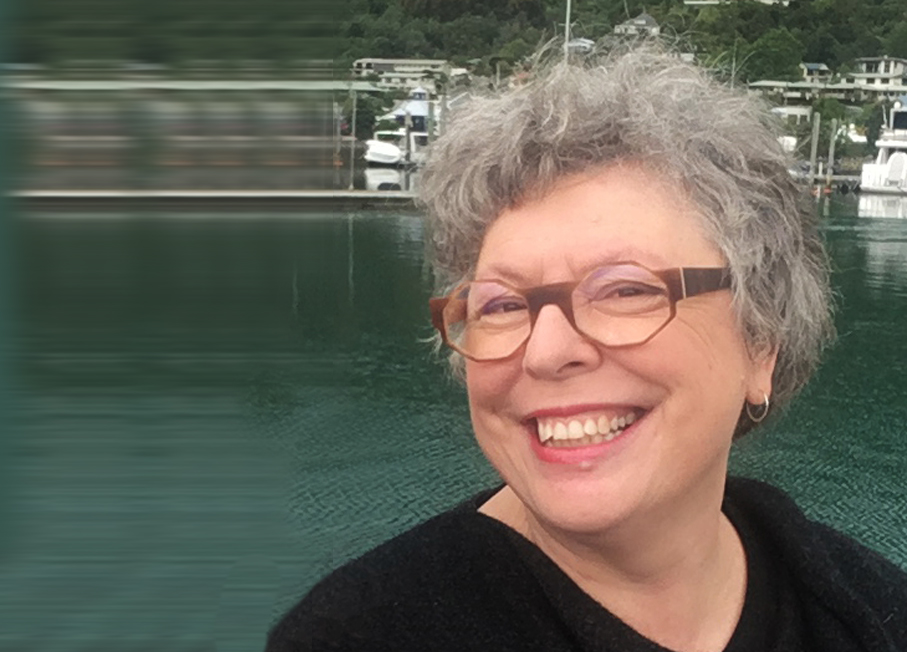 Our first guest, New Zealand jeweller Areta Wilkinson, has developed a unique way to respond meaningfully to māori artefacts found in colonial collections. By “recording the space around an object” using cyanotype and photogram techniques, she found a way to “relate without reproducing”, and to bring ancestors’ work in conversation with her own. This mode of engagement, so respectful of the object itself, is deeply intertwined with modes of caring for.

Areta Wilkinson has very kindly gifted her honorarium for this broadcast back to la garantie, with a view to supporting emerging practices and disenfranchised crafting communities.

A jeweler of Maōri ( Ngāi Tahu, Ngāti Irakehu and Ngāti Wheke) descent, Areta Wilkinson holds a PhD in Creative Arts from Massey University, and has a past life in tertiary education as a design tutor at Unitec NZ. She has dedicated the last thirty years of jewelry making to the exploration whakapaipai concepts of Māori personal adornment in the context of bicultural New Zealand. Her recent work represents an ongoing investigation into the history of Māori wearable taonga (prized possessions) particularly relevant to her iwi community in Te Waipounamu, the South Island where she lives. Her current exhibition Moa-Hunter Fashions at Christchurch Art Gallery engages with Māori philosophies and knowledge unique to Aotearoa New Zealand.

āhua: 2. (noun) shape, appearance, condition, character, likeness, nature, figure, form. 3. (noun) it looks as though, looks like it, it would seem – in the idiom te āhua nei.

pakeha: 2. (modifier) English, foreign, European, exotic – introduced from or originating in a foreign country. 3. (noun) New Zealander of European descent – probably originally applied to English-speaking Europeans living in Aotearoa/New Zealand. […]. Despite the claims of some non-Māori speakers, the term does not normally have negative connotations.

taonga: 1. (noun) property, goods, possession, effects, object. 2. (noun) treasure, anything prized – applied to anything considered to be of value including socially or culturally valuable objects, resources, phenomenon, ideas and techniques. Examples of the word’s use in early texts show that this broad range of meanings is not recent, while a similar range of meanings from some other Eastern Polynesian languages support this (e.g. Tuamotuan).

whakapapa 2. (verb) (-hia,-tia) to place in layers, lay one upon another, stack flat. 3. (verb) (-hia,-tia) to recite in proper order (e.g. genealogies, legends, months), recite genealogies. 4. (noun) genealogy, genealogical table, lineage, descent – reciting whakapapa was, and is, an important skill and reflected the importance of genealogies in Māori society in terms of leadership, land and fishing rights, kinship and status. It is central to all Māori institutions. There are different terms for the types of whakapapa and the different ways of reciting them […]